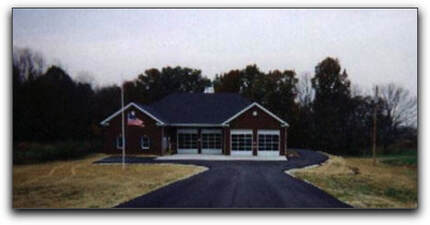 As the population of the county grew, it became obvious that 24 hour coverage was necessary. In order to facilitate this, a referendum was placed on the November 1991 ballot  for the Oldham County Ambulance Taxing District. The referendum passed 2 to 1 and on April 1, 1992, Oldham County began full time paramedic coverage, 24 hours a day, seven days a week. Shortly thereafter, they merged with the volunteer ambulance services.
As the number of volunteer EMTs decreased during the day, and the run volume increased, the need for a paid staff was recognized. In January 1996, the agency began operating a full time staff from 6AM to 6PM Monday through Saturday. Other times were covered by volunteers. In 1998, a full-time night crew was added, making Oldham County EMS operational 24 hours a day.
In 2000, construction was completed on the EMS headquarters located off of West Highway 146 in Buckner, Kentucky. This marked the first time that EMS vehicles, EMS crews, command staff and office personnel would be under one roof.

In July 2012 the Oldham County Ambulance Taxing District entered into a management agreement with Baptist Health to provide management and staffing of the service as partners.

In October 2016 EMS Headquarters moved to its current location at 1101 New Moody Lane, adjacent to Baptist Health LaGrange. The former HQ in Buckner continues to operate as a substation.